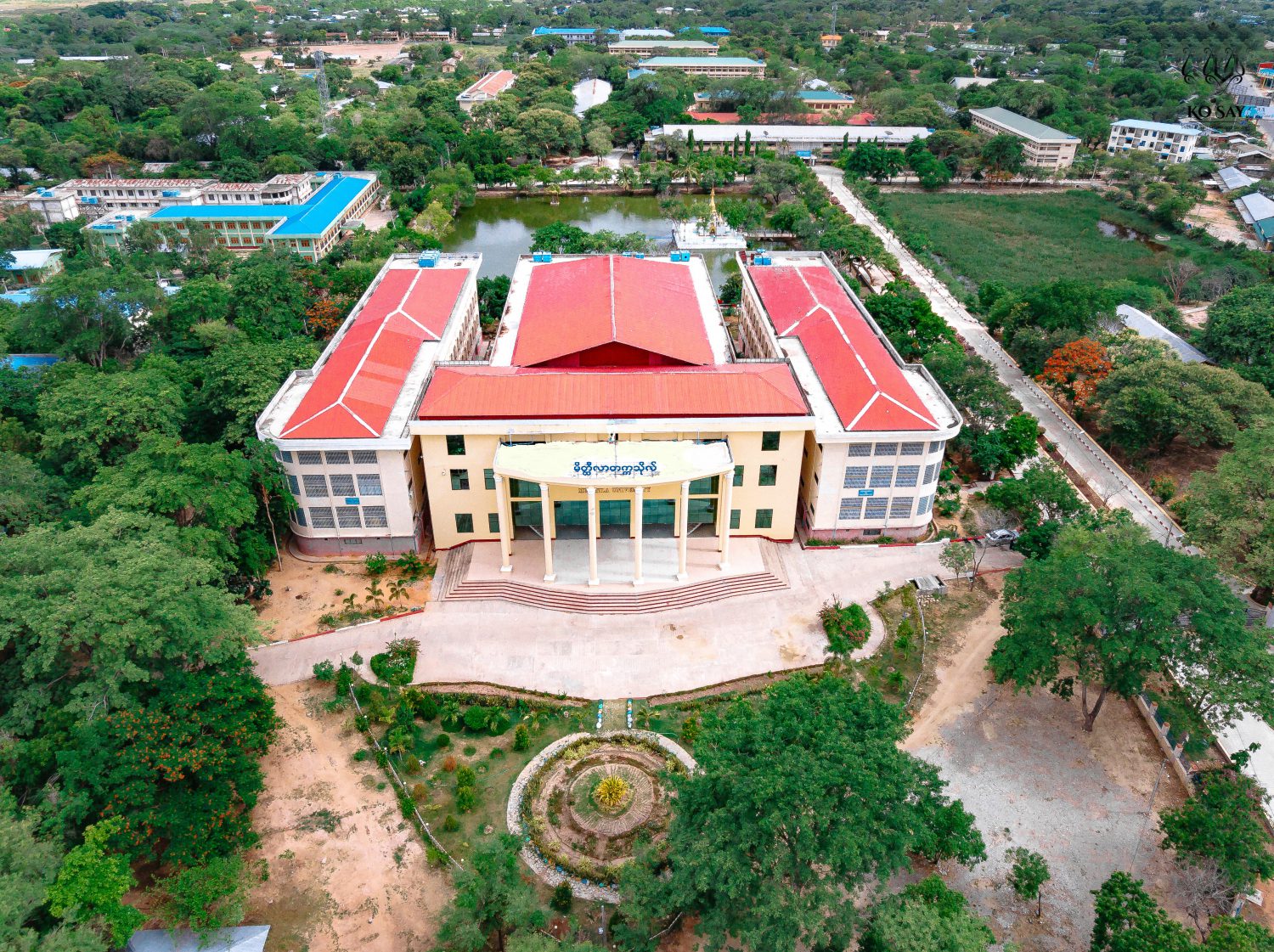 Meiktila Degree College was founded as a Regional College of Mandalay District on the 23th of May, 1977. Although it was established in the early days of 1977, the library could be officially opened as the Meiktila University Library only in 1985. In 1980, a room of Dakkhina Hall in Basic Education High School No.1 (Meiktila) was used as a reading room. When the departments of teaching and administration of No.1 High School were moved to No.4 Basic Education High School in 1981, the reading room was also shifted there.

In 1995, the library was opened at the two-storey building (50′-30′). Then it was with the required facilities, except for sufficient library staff. Later, some skilled staff in library study could be appointed there. Gradually, it became a library with many books, catalogs, cabinets counters and reading rooms. In the fiscal year 2001-02, Meiktila College was promoted to the University, then the library also turned to the library of Meiktila University with the new library principles.

In the fiscal year 2001-02, the Library of Meiktila University was moved again to a separate building of two stories (90′-30′). It is famous for holding ancient palm-leaf manuscripts, the parabiks (the ancient writing tablets made of paper, cloth or metal in the form of accordion folds) and the ancient Myanmar traditional handicrafts.